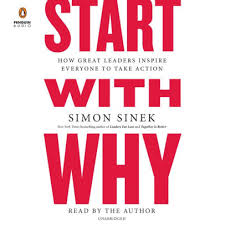 Another TED talk that made its way to a book! Simon Sinek’s Start with WHY emphasises on starting anything with your WHY.

The crux of the book is the Concept of Golden Circle which has WHY at the centre followed by HOW and WHAT in the outer circles. WHY is what remains the same for an extended period of time in any context. 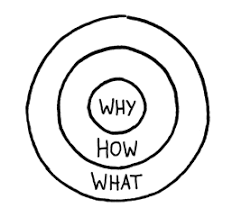 Be it an organisation, team or life for that matter. He talks quite a bit about the organisations and the products/services they offer to their customers.  People connect with the WHY more than the real product is what Simon claims. Start with a WHY, figure out HOW and then comes WHAT will you do or produce! He has used different successful and failed companies to prove this right! Well, he has basically retrofitted the Golden Circle to events like the success of Apple, Microsoft etc and a few examples of failures. He says failure to communicate the WHY creates stress or doubt. On a side note, Author seemed to have been biased and there was a little too much mention of Apple as an example! I personally feel there are a lot of other companies/products which fit the bill and could have been used as examples.

The Golden circle can be used in varied scenarios like pitching your idea, organisational structure or even to introduce yourself in a dating conversation! WHY is the belief, HOW forms the actions and WHAT defines the results of those actions. In the organisational context, the WHY is represented by the CEO, HOW by senior executives and WHAT by the actions. WHY can be looked at as Vision and WHAT as the mission for an organisation! Southwest Airlines was his second most favourite example to justify the Golden Circle!

Then there were lots of other topics he touched like motivation v/s inspiration, Energy v/s Charisma, marketing tactics & manipulation and a lot about typical Organisational dynamics. Nothing overly eye-opening as such.

Similar to a lot of books originating from TED talks, there was a lot of repetition! The first half of the book is the meat of the book! It packs a few concepts nicely into a model but could have been easily done in a paper/essay! Still, worth a read!

There are only two ways to influence human behaviour: you can manipulate it or you can inspire it.

There are two ways to influence human behaviour: you can manipulate it or you can inspire it.

Charisma has nothing to do with energy; it comes from a clarity of WHY. It comes from absolute conviction in an ideal bigger than oneself. Energy, in contrast, comes from a good night’s sleep or lots of caffeine. Energy can excite. But only charisma can inspire. Charisma commands loyalty. Energy does not.

Life is Tough but its a lot tougher when you are stupid!!